Askeris is a family farm, and has been in the family since 1796. The farm was originally situated  in Katterød, a small village approximately 1 km away from the farm’s current location. The farm was moved in 1895, and got it’s name hereafter.

The stables, which have been turned in to a bed and breakfast, are built in 1962 originally for cows.

In 2004 we restored the building so that it now consists of three bed rooms, 2 bathrooms, a living room and a kitchen, and in the spring of 2005 we opened our Askeris Bed and Breakfast.

The farmland has been sold and now 15000 m2 remain: A forest, garden and horse pasture for hay hotel visitors, an orchard and vegetable garden.

The family on the farm consists of Karin and Bjarne, our daughter Mie who now lives in Odense, and Karins mother Sigrid who lives 3 kilometres away in Faaborg. Sigrid who lived on the farm with Karins father until his death in 1997 often visits the farm and especially the garden which she helps to maintain. She picks the berries and fruits when they are ripe and transform them into homemade marmalade which we serve on the breakfast table every morning. Bjarne is a blacksmith and has recently started the firm Faaborg Cykeludlejning where he rents out bikes to the guests who visit Faaborg and the encircling area. Karin worked earlier as a sexton at the local church in Diernæs 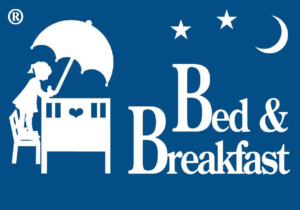 Do you want to go fishing? Askeris is close to good fishing places, and we have facilities where you can cook it for dinner in the kitchen.

Askeris B&B is a cozy, coastal accommodation for both horses and riders. Near by is Riderute Sydfyn which is a unique horseback riding track of 75km laid through some of the most beautiful imaginable landscape formed in the Ica Age

We recommend a bicycle ride in the lovely scenery of southern Funen. Rent your bike at Faaborg Cykeludlejning her